The Decemberists in Pittsburgh, PA on April 8, 2017

The Infanta
We Both Go Down Together
Shiny
Down by the Water
The Crane Wife 3
The Island
Traveling On
We All Die Young
After the Bombs
Odalisque
Lake Song
The Wrong Year
The Rake’s Song
O Valencia!
This is Why We Fight
—
The Tain
June Hymn 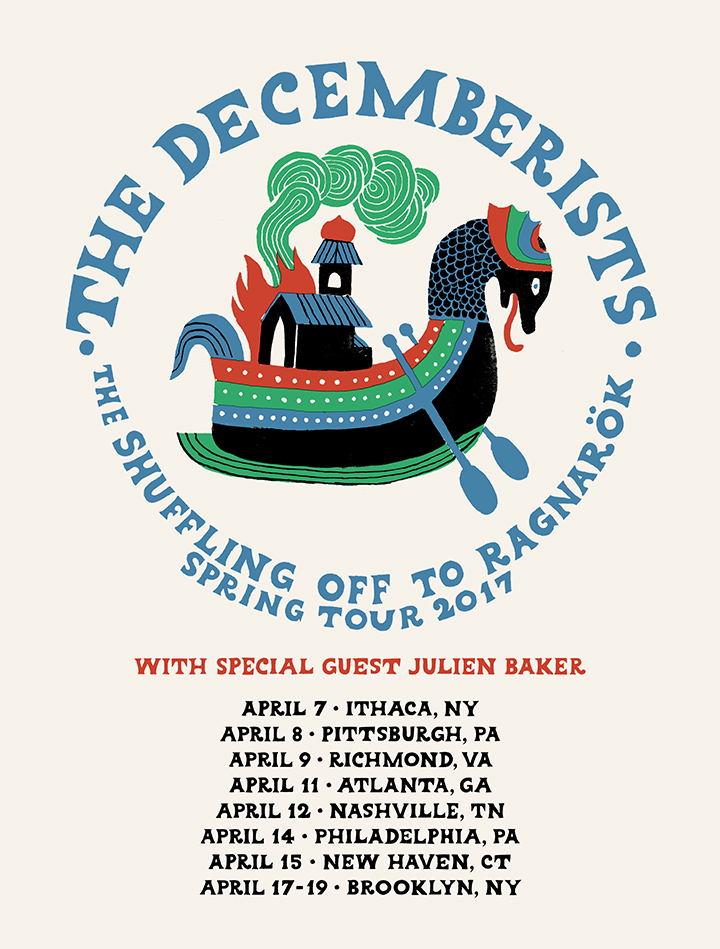 For the first time, we’ve decided to add a few extra goodies to the show-going experience. Meet The Whole Shebang Super Concert Action Packages (TWSSCAP)! Come early and see the band play a few songs JUST TO YOU (and fellow TWSSCAPpers)! Ask your most probing questions (within sensible reason) of the band in an intimate Q&A session! Partake of an exclusive cash bar featuring drinks designed and tested by the band themselves (which might be horrible)! Get a laminate! And a patch! Upgrade your experience from the Corporal Bradley Level to the Dowager Empress Level and the band will include a bottle of ’15 Bandit Queen wine, our viticultural collaboration with the kind folks at Penner Ash Winery. Both levels include a ticket to the evenings show, natch.

A limited supply of pre-sale tickets and TWSSCAPs will go on sale starting Tuesday, January 24 at 10am local time. Use the password “ovalencia” for the TWSSCAP pre-sale.

We’re very excited to have the one and only Julien Baker opening these shows. She’s a gem! Come early! Come often!